Most of you who know me have noticed I haven’t said much about the current situation.

Unless you are following the show’s Facebook Page,  I really haven’t said much about the current political situation plaguing the country. For what it’s worth, the only change that will come is in the form of what I call, “Time Machine Laws”. These are the laws that keep a small minority of rich, old white males in power, similar to the apartheid laws in South Africa before they evolved. It appears we have been pushed into a time machine, where black folks sat on the bus, old folks had no retirement and children went hungry every day of the year and nobody cared or had the power to stop it.

Indeed, we can sum up the 2016 election as just another installation like in 2000. The people’s voices were ignored and the devastating results eight years later were global economic collapse with a double dose of endless war and DEBT! 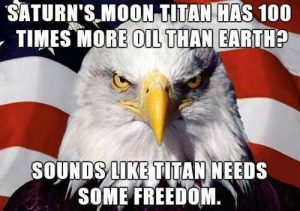 But of course we already know what will happen since we will get more of the same only worse. What’s that saying nobody pays attention to? Oh yes…”Those who fail to remember history are doomed to repeat it.”  Frankly, I don’t have time. Seriously. I blew a lot of time and energy seventeen years ago telling people that when an idiot rich kids sits in the whitehouse, he will destroy the country as he and his family business(es) pockets billions from our treasury.